Today is the 196th anniversary of Susan B. Anthony’s birth.  “Aunt Susan,” as she was affectionately known by the younger women in the woman suffrage movement, spoke often of the need for women to express themselves, to control their own message, especially in the political arena: 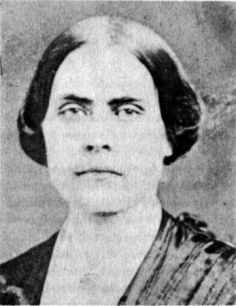 “We need a daily paper edited and composed according to woman’s own thoughts, and not as woman thinks a man wants her to think and write. As it is now the men who control the finances control the paper. As long as we occupy our present position we are mentally and morally in the power of men who engineer the finances. Horace Greeley once said that women ought not to expect the same pay for work that men received. He advised women to go down into New Jersey, buy a parcel of ground, and go to raising strawberries. Then when they came up to New York with their strawberries the men wouldn’t dare to offer them half price for their produce. I say, my journalistic sisters, that it is high time we were raising our own strawberries on our own land.”  —Chicago Daily Tribune, 24 May 1893

She, along with Elizabeth Cady Stanton, founded the newspaper The Revolution, which only lasted two short years but repositioned woman’s rights issues–particularly suffrage–in the national consciousness, and established Stanton and Anthony as significant voices that could not be silenced in the fight for women’s equality. 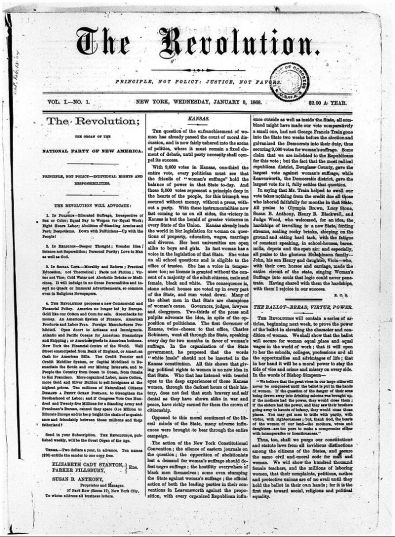 The financial cost of running the newspaper was $20,000 a year, and upon its folding left Susan $10,000 in debt, which she slowly paid off by working on the lecture circuit.  Her talks on behalf of woman suffrage around the nation made her a household name forever linked with the cause to which she dedicated her life.

Susan was a master publicist who knew the importance of expressing her message, of spilling ink, whether as a journalist for The Revolution or as a historian, when she began writing the first of the six-volume tome, The History of Woman Suffrage.

She was also astute enough to know that women wanted both bread and ballots.  And strawberries.